The third adult caliphs.
And one of the ten missionaries to heaven, and from the former to Islam.
Dhu al-Nourain lives because he married two daughters of the Prophet of Islam, Muhammad.
During his reign, he collected the Qur’an and made an expansion of the Grand Mosque as well as the Prophet’s Mosque.
The first Islamic naval fleet to protect Islamic beaches from Byzantine attacks. 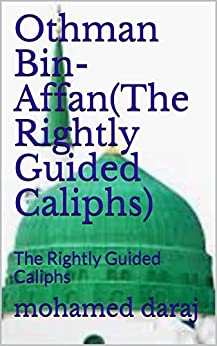