Ibn Arabi is the only scholar who was able to formulate a unique cosmological model that is capable of explaining our observations as well as many phenomena in physics and cosmology, and even solve some perplexing modern and historical riddles in science and philosophy such as the EPR paradox and Zeno paradoxes of motion.
Moreover, the Single Monad Model explains for the first time in history the importance of the “week” as a basic unit of space and time together. This prodigious theory is based on the notion of the intertwining days where Ibn Arabi shows that at every instance of time there is indeed one full week of creation that takes place in the globe.
Since its publication in 2008, this book has triggered an overwhelming response, and I hope this expanded edition will help promote further Ibn Arabi’s wisdom that is still buried in his multitudes of books and treatises 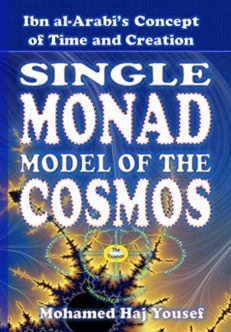 You're viewing: The Single Monad Model of The Cosmos Ibn Arabi’s Concept of Time and Creation £9.99
Add to basket