100 Teachings of the Prophet PBUH

More than 1400 years ago, a man was born in Arabia. He was destined to have the greatest effect on mankind, as he had been given the role of the final Messenger of God.

Inspired by Revelation from God, Muhammad changed history. The changes, as well as being religious and spiritual in nature, were also educational, social, political, secular, ideological, legal, military, and moral. In fact even some of his critics said of him that there was no aspect of life that was not covered by his example or teachings.

Much has been written and said about the final Prophet by Muslims and non-Muslims alike. One will undoubtedly find two types of literature, one in favour of him while the other portrays him in a negative image. One thing for certain is that up until the last century due to the preconceptions of Europe it was very difficult to find an unbiased work on the Prophet. Insults were and continue to be raged at him from adversaries, often those who are totally ignorant about him.

This short booklet is a presentation of some of his words. It is hoped that through reading this one will understand that Muhammad, the Prophet of Islam and the Muhammad portrayed by the media are two totally separate realities. 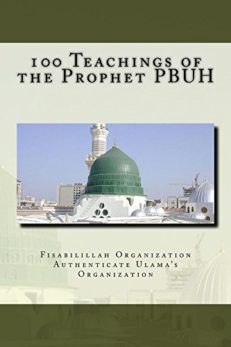