Day and Night On The Sufi Path

The first textbook of Sufism is the Qur’an; there is no principle of Tasawwuf that cannot be traced back to the Holy Book. The Sufis read the Qur’an for its inner meaning, but they do not claim this is the only meaning. The clear legal rulings, the moral exhortations and warnings of the Book, are not abrogated by the batini tafsir (inner exegesis) of the Sufis, but neither can the Noble Qur’an be limited to its legal and moral dimensions. If all the seas were ink for the tafsir of the Qur’an, they would be exhausted twice over before all its meanings were unveiled. Inner and outer co-exist within the Book, depend upon each other, and inform each other; in the words of the Surah Ha Mim Sajdah, I will show them My signs on the horizons and in their own souls until they are satisfied that this is the Truth. Is it not enough for you, that I am Witness over all things? [Q. 41:53].
The Sufi Path, insha’Allah, has the power to place one in the near Presence of Allah—a Presence which, whether or not we are always conscious of it, alchemizes the Heart. The changes the Heart undergoes by the power of this Presence have been recorded by the Sufis over many centuries, and some of the operative laws behind these changes discerned and defined. This book contains only one small drop from that vast ocean of knowledge; it attempts to define a number of the spiritual states and transformations of the self often encountered over the course of the Path—but as the author’s own shaykh reminds his followers, in reality there is only one state—Allah.

“This is simply the best and most profound book on Sufism that I have encountered.”–Andrew Harvey, author of The Hope: A Guide to Sacred Activism

“Charles Upton is a serious thinker from whom I have learned much. His writing merits close attention.”–Huston Smith, author of The World’s Religions

“This challenging book demands all our attention, and for those willing to make the effort there is much to be learned. Charles Upton has pondered deeply the themes he examines. He has engaged, not just intellectually but with his heart, in the alchemy that transforms the self. You may well keep this book at hand, to be tasted from time to time, comparing the steps of this spiritual traveler to your own.”–Kabir Helminski, Mevlevi Shaikh and Sufi author

“Charles Upton is an oasis of spirituality in a parched desert of secularism. In a world desiccated by materialism, greed, envy, and egotism, where virtues are viewed as vices and vices as virtues, Day and Night on the Sufi Path provides desperately needed access to a soul-saving spiritual source. Well-versed in the inner and outer dimensions of Islam, Upton exemplifies the balance between the esoteric and the exoteric. His Sufism, while sublime, is rooted in the realities of our time.”–John Andrew Morrow, author of The Covenants of the Prophet Muhammad with the Christians of the World

“In Day and Night on the Sufi Path Charles Upton provides us with a lucid glimpse of one of the spiritual paths to God in Islam. Classical Sufi teachings on the soul, spiritual practice, states and stations, and potential dangers are discussed with eloquence and rigor in a manner that is true to the tradition and relevant to the time we are in. This work is at once philosophical and poetic, systematic and with flashes of original inspiration that can only come from someone conversant in both the theoretical and practical dimensions of tasawwuf. It is a faithful reflection of the Divine Light that has captured the author’s attention and may help to illuminate the path for others.”–Zachary Markwith, author of One God, Many Prophets: The Universal Wisdom of Islam 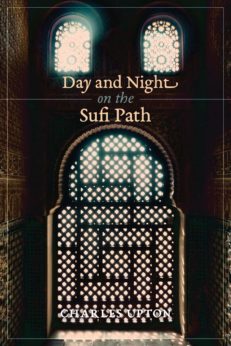 You're viewing: Day and Night On The Sufi Path £1.99
Add to basket