What views and attitude does the Religion of Islam have regarding Muslim Women? What lies behind the Hijab Veil? Oppression or Liberation?

Sometimes the media and society paint the Religion of Islam with an image of oppression, particularly towards women. While sadly it holds true that certain Muslim women are oppressed in some areas around the world, what exactly comprises the Islamic stance and view in regard to Muslim women? Does Islam hold oppressive and sexist views, using religious text to justify them? Or does the faith of Islam state that men and women were both created equal in the eyes of God? Is the Hijab Veil a form of oppression toward Muslim women, or does the veil actually liberate them and set them free from the shackles of society?

★ Topics in this Book Include ★: 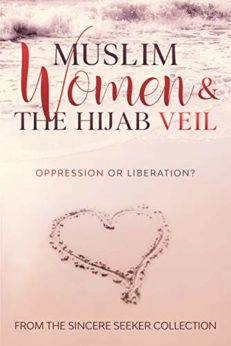