The 28 Mansions of The Moon A Novel of Ibn Arabi

This novel is a take on the Andalusian Sufi Mystic, the Great Master “Shaykh Al Akbar” Ibn Arabi. It’s a fiction based on Ibn Arabi’s book “The Universal Tree and the Four Birds (Mystical Treatises of Muhyiddin Ibn ‘Arabi)”.

Meet Yassin, a 30-year-old mute Moor who is hired for 28 days as a clerk at the Museum of Seville. His task is to translate some letters that were dated back to more than a thousand years ago. Those 28 days change Yassin and urge him to dig deep into the writings of Ibn Arabi where he learns lessons of love, spirituality, and wisdom. Yassin learns that there is more to the discovery than the letters, there is an Andalusian Tapestry hiding in a secret chamber “The Chamber of Ibn Arabi”. The Tapestry weaves the content of the letters, with the Arabic alphabets, and the 28 days of the Moon. Yassin is satisfied with his work but soon finds himself attracted to Mira, his boss.

The seemingly sweet story starts building until Yassin’s brother Bader tempts him to steal the Tapestry in the Museum. Bader’s obstinance comes at a time when Yassin is developing feelings for Mira: Now Yassin has to decide which path to follow. 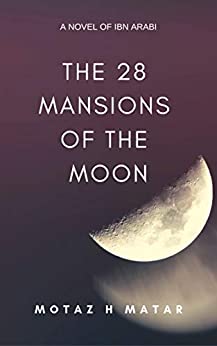 You're viewing: The 28 Mansions of The Moon A Novel of Ibn Arabi £0.99
Add to basket