Ibn ‘Arabi, The Enlightened Are Not Bound By Religion

The mystical teachings of Ibn ‘Arabi, particularly influential in Anatolia, are rooted in a tens-of-thousands-of-years old knowledge attainment and transfer tradition, which is one of the fundamental cornerstones of Sufism.
Through his unique method, Muhyiddin Ibn ‘Arabi performed an unparalleled role in conveying the secrets of the Sufi mystical teachings across the generations. The secrets concealed in his teachings are not immediately revealed, and the knowledge they contain is hidden in such language that those who encounter it are often left in a state of shock and bewilderment. Those who strived to understand this language have been able to discover the real meaning hidden within, yet the majority, without making such an effort, took the meaning at face value and accused Ibn ‘Arabi of being anti-religious.
The title of this book, ‘The Enlightened are Not Bound by Religion’, is one of Arabi’s notable sayings. To be able to understand just this saying requires knowledge of many subjects of the mystical teachings. Kevser Yesiltash explores the deep of mystical secrets of his saying in the book. 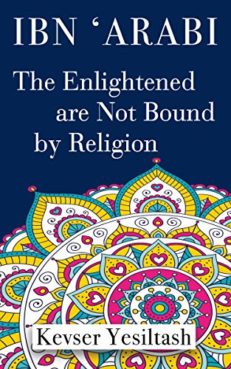 You're viewing: Ibn ‘Arabi, The Enlightened Are Not Bound By Religion £1.99
Add to basket